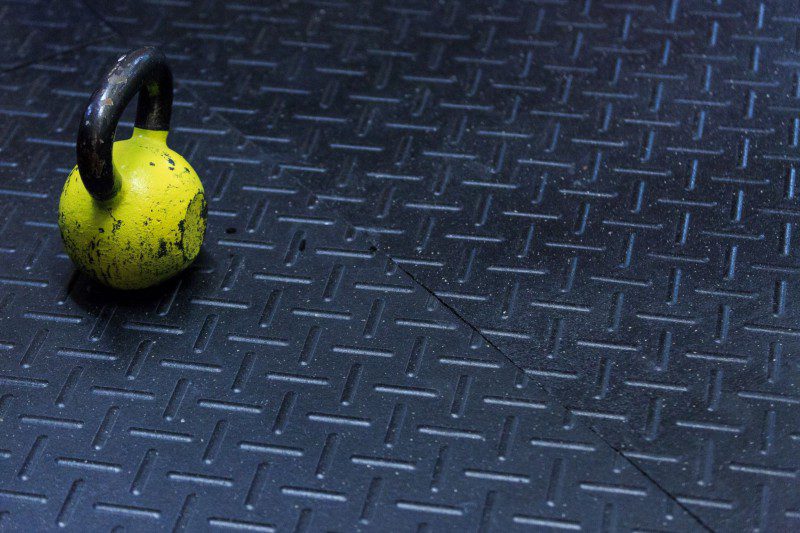 By helping preserve energy, novelty, motivation, and peace of mind, leaders can build the stamina in their organizations.

One of the most common questions managers ask about the COVID-19 crisis is, “When will it be over?” The question reflects an understandable fatigue with living under protracted uncertainty and a desire to return to normalcy. But not only are we unlikely to return to the pre-crisis normal, it could also be quite some time until we reach a new steady state and uncertainty abates. It’s even possible that there may be no prolonged equilibrium before the next disruption. How, then, can leaders address a rising sentiment of impatience and foster the stamina required for organizations to successfully adapt to new conditions?

While we can’t be sure when the outbreak will be resolved, it seems likely that it could be protracted. Cumulative case numbers are plateauing in many nations, but the epidemic continues to spread in others. Furthermore, the disease may not end with the first cycle; epidemiologists warn that the disease could exhibit a second wave, as many viral outbreaks have historically had, or could even become endemic, like the seasonal flu. Uncertainty about the disease is likely to persist until at least the widespread deployment of a vaccine, which is not expected until sometime next year in even the most optimistic scenario.

As a result, uncertainty will persist in our everyday lives. For example, hundreds of epidemiologists recently surveyed by the New York Times gave a wide spread of opinions on when they would be comfortable resuming common activities. A majority said it would take anywhere from 3–12 months before they would feel comfortable going to work in an office or eating at a sit-down restaurant, and most said it would be more than a year before they would attend a sporting event or performance.

Economic uncertainty is also unlikely to disappear quickly. The National Bureau of Economic Research recently confirmed that the US economy is in recession and the World Bank predicts a 5.2% contraction in global GDP in 2020. Cautious consumers are likely to prolong the period of economic uncertainty and adjustment and unemployment and bankruptcies could have lasting economic effects.

And both the disease and the recession have had created broader impacts across society, bringing concerns about inequality and justice to the forefront. The recent wave of protests in the US and some other countries will likely also have some lasting impact which shapes both policies and consumer behaviors.

It is not surprising therefore that many businesses are increasingly envisioning a long period of uncertainty. According to our survey of hundreds of companies across countries and sectors, as of March only 14% of companies expected COVID-19 to affect their business for more than 12 months — but by May that share had more than tripled to 46%. And whereas in the early months of the crisis, only 20–30% of companies expected to make permanent changes in their supply chains, marketing activities or sales channels, by May that share had doubled to 40–60%. 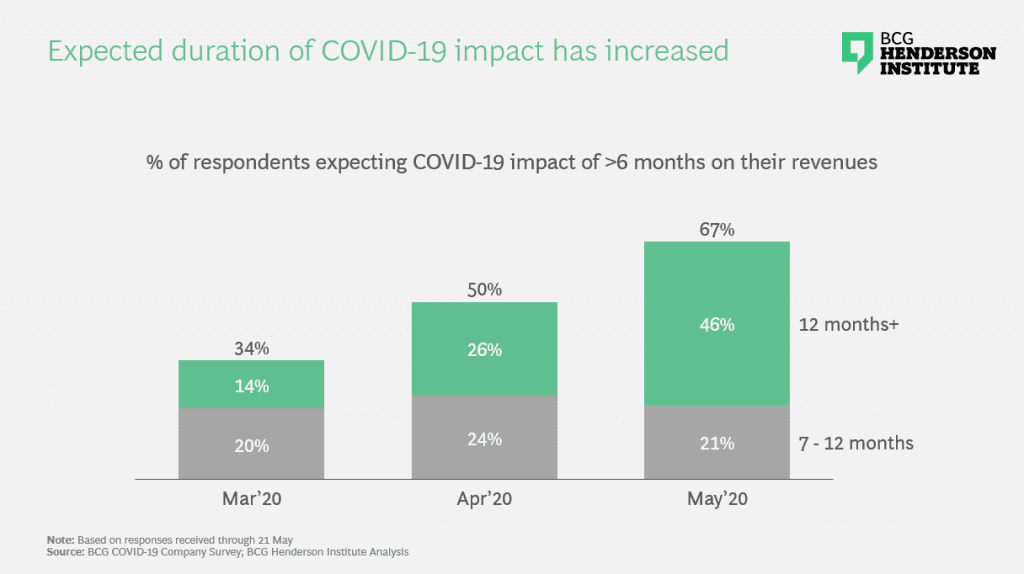 Stamina pays off in crises

Many companies are likely to face challenging, volatile circumstances for the foreseeable future. However, crises also create opportunities for some: our research shows that 10–20% of companies in each sector increase their absolute performance during downturns.

Such “flourishers” demonstrate a very characteristic pattern of behavior. Despite the challenging circumstances, top performers obtain most advantage through differential growth rather than more immediate differential efficiency gains. And they are more likely to take a long-term orientation, focusing not only on day-to-day operational challenges but also on the future of their business. To realize that future, many companies will need to undergo transformation programs that often require significant time and investment. These findings point to a roadmap for success in a crisis that depends not only on the immediate gratification of cost reduction, but on a longer, slower path of growth and reinvention — which requires organizational stamina.

Yet prolonged crises like COVID-19 can easily cause individuals to lose stamina and dilute the initial zeal and engagement which a crisis can mobilize. This can occur in a number of ways:

The recipe for stamina

How then can leaders build stamina in the face of fatigue brought about by protracted stress and uncertainty? From our research on attaining advantage in adversity and from our observations during the current unfolding crisis, we suggest six factors:

COVID-19 and its effects will be with us longer than we wish — it won’t soon “all be over”. The companies that emerge strongest are likely to frame it as an enduring challenge and address it accordingly. By helping preserve energy, novelty, motivation, and peace of mind, leaders can build the stamina in their organizations to see that process through. For those companies, a war of attrition will give way to the flourishing of new opportunity.

StrategyPeople and OrganizationOrganizationFuture of Work
We use cookies on our website to give you the most relevant experience by remembering your preferences and repeat visits. By clicking “Accept All”, you consent to the use of ALL the cookies. However, you may visit "Cookie Settings" to provide a controlled consent.
Cookie Settings Accept All
Manage consent

This website uses cookies to improve your experience while you navigate through the website. Out of these, the cookies that are categorized as necessary are stored on your browser as they are essential for the working of basic functionalities of the website. We also use third-party cookies that help us analyze and understand how you use this website. These cookies will be stored in your browser only with your consent. You also have the option to opt-out of these cookies. But opting out of some of these cookies may affect your browsing experience.
Necessary Always Enabled
Necessary cookies are absolutely essential for the website to function properly. These cookies ensure basic functionalities and security features of the website, anonymously.
Functional
Functional cookies help to perform certain functionalities like sharing the content of the website on social media platforms, collect feedbacks, and other third-party features.
Performance
Performance cookies are used to understand and analyze the key performance indexes of the website which helps in delivering a better user experience for the visitors.
Analytics
Analytical cookies are used to understand how visitors interact with the website. These cookies help provide information on metrics the number of visitors, bounce rate, traffic source, etc.
Advertisement
Advertisement cookies are used to provide visitors with relevant ads and marketing campaigns. These cookies track visitors across websites and collect information to provide customized ads.
Others
Other uncategorized cookies are those that are being analyzed and have not been classified into a category as yet.
Save & Accept